Anti-Bribery Compliance Programs in EMEA Countries: What You Need to Know 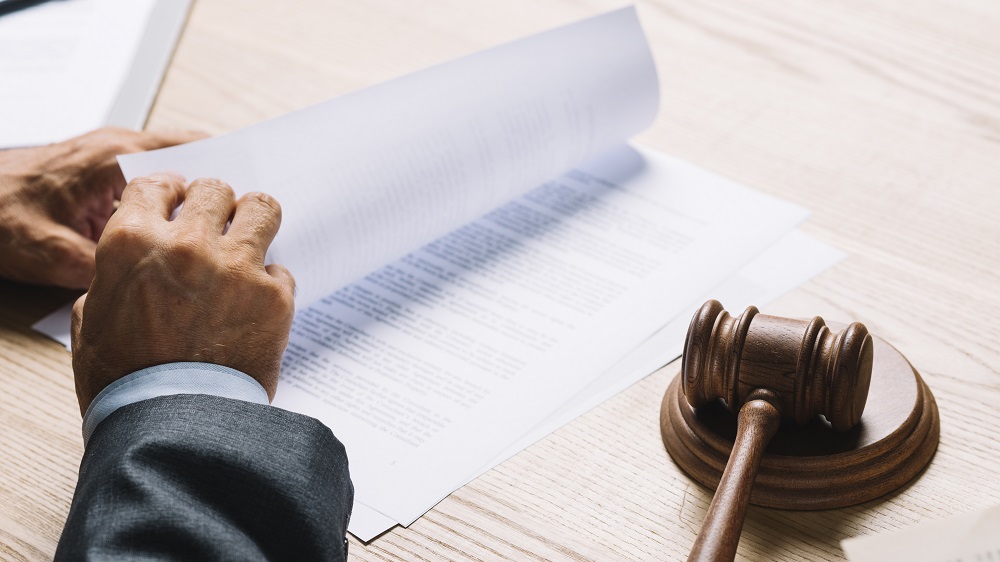 Preventing bribery and corruption is a global effort that crosses international borders. In just the past few years, many governments have enacted more laws and regulations to reflect that reality. European, Middle Eastern and African (EMEA) countries are no exception – in many ways, they are at the forefront of this new anti-bribery and anti-corruption landscape and compliance program development.

This critical shift from bygone years of sweeping unethical business behaviour under the rug to creating strict enforcement measures is well overdue. The sometimes overlapping nature of these laws and varying rules based upon their jurisdictions can pose challenges to compliance officers, however. Not to mention that the “letter of the law” sometimes lends to different interpretations depending on the local politics of the day.

When organisations do uncover wrongdoing, their leadership must be careful to understand that the wrong approach to investigation might get them into trouble: Employee privacy protections are higher in some European nations, for example, potentially affecting a company’s ability to monitor employee behaviour and investigate wrongdoing.

This article will discuss some of the new laws and regulations that have been enacted (or are still emerging) in various EMEA countries, and provide a perspective on managing compliance standards across varying jurisdictions. The new wave of anti-bribery and anti-corruption controls is a good thing for the economy and for protecting investments worldwide. Business leaders must just be sure not to get caught by the tide.

In most European countries today, it can be very costly to be caught breaking bribery laws. Most laws call for stiff fines. The UK largely ushered in this landscape with the introduction of the UK Bribery Act 2010. Under this groundbreaking law, individuals or businesses may face up to 10 years in prison or unlimited fines. “The UK Bribery Act imposes more severe penalties and is broader in scope than the FCPA, covering bribes to private parties as well to foreign officials. The UK Bribery Act also prohibits being bribed, not just giving bribes. Because of the close ties between the United States and the United Kingdom, US businesses should pay special attention to all forms of potential bribery abroad, regardless of jurisdictional technicalities.” (Everfi, 2020).

Other EU Member States have also enacted anti-bribery laws with heavy fines. While their new laws are generally not as sweeping, and often focus less on business and more on bribing public or government officials, these laws at least put punishments on the books and generally fall in line with the U.S. Foreign Corrupt Practices Act (FCPA).

The French Criminal Code, for example, underwent changes in 2016 with provisions for up to 15 years imprisonment, along with large financial penalties, for bribery – including among companies. It also requires some businesses to implement compliance measures.

In Germany, a new law against corruption was enacted in 2015. The Anti-Corruption Act, or Gesetz zur Bekämpfung der Korruption, extends the scope of previous anti-corruption laws, and it has wider territorial reach. For example, German citizens based abroad as well as European businesses with offices in Germany fall under its purview. It also bolstered provisions against corruption in the private sector by increasing the scope of punishable offences (Lexology, 2017). Other countries such as the Netherlands, which imposed strict penalties and fines within the last few years, along with the EU itself have implemented new laws against bribery, corruption, money laundering and other forms of fraud.

Changes in the Middle East and Africa

While bribery and corruption continue to be major problems in the Middle East and Africa, governments can take the example of the United Arab Emirates (UAE) for opening a new front in the battle against fraud. In 2017, UAE President His Highness Shaikh Khalifa Bin Zayed Al Nahyan approved the Anti-Fraud Law. This highly anticipated legislation strengthened protections of intellectual property rights (IPR) and imposed stricter penalties on counterfeiters. The UAE continues to lead the Middle East in Transparency International’s most recent Corruption Perception Indexes for its progress against corruption and fraud.

In the Middle East and Africa, major business players fall under the enforcement of the FCPA, UK Bribery Act and other laws with expansive scope to combat bribery and corruption. For example, business leaders have recently been investigated and some prosecuted in Britain, the U.S., Spain, Italy, and Australia (just to name a few) for alleged corruption in Africa. Most of these are bribery cases and they range from Nigeria, Republic of Congo, Angola, Cameroon and other countries, with some experts estimating that African countries are losing $50 billion to corruption. (Transparency International, 2019).

Proper compliance is more important than ever in this changing landscape, primarily because it is the best way to mitigate risk. This mitigation is twofold, however: It decreases the risk of the incidence of corruption, while also decreasing the risk of the strictest penalties should enforcement occur. Many anti-bribery and anti-corruption laws are explicit in that a compliance program does not serve, on its own, as a defence against legal action. It can, however, stand as a mitigating factor if it has comprehensive implementation demonstrating key elements tuned to preventing and detecting bribery and corruption.

In Germany, for example, the very existence of a compliance program must be considered, according to the German Federal Court of Justice, as a mitigating factor for a company that is charged with criminal misconduct. Legislation in several other countries like France and Ireland, for instance, include provisions to weigh an organisation’s compliance measures and due diligence in the context of corruption prosecutions.

This is a trend that is likely to continue, and it is reason enough to influence any international company to proactively implement a compliance program right away. If it weren’t reason enough, the fact that robust compliance efforts are shown to reduce risk and protect investments should be. The lack of a compliance program, on the other hand, will conversely lead to increased risk and invite the possibility of strict penalties and prosecution should an investigation come to bear.

The biggest challenge facing compliance professionals today in EMEA countries is how to implement an effective compliance program that covers so many different bases in terms of legislation across various countries. The answer is not with a complicated and tangled web of measures aimed at meeting every detail in varied laws. Rather, the most efficient way to meet the challenge is to simplify efforts by implementing a plant that employs demonstrated and accepted best practices, and even better if it carries the weight of an internationally recognised certification.

One such certification is ISO 37001, issued by the International Organization for Standardization (ISO) in 2016 to help organisations worldwide increase and measure their efforts against bribery and corruption. Through ISO 37001 ABMS, organisations can implement standards at every level. These measures include adopting an anti-bribery policy and appointing a person to oversee anti-bribery compliance, training, risk assessments and due diligence on projects and business associates. It’s also critical that the organisation implement financial and commercial controls, along with reporting procedures and investigation processes.

Government organisations and companies can reduce the risk of bribery by through ISO 37001’s best practices for anti-bribery and anti-corruption. The standard provides needed tools to prevent bribery and mitigate related risks. It can also help an organisation create new and better business partnerships with entities that recognise ISO 37001 certified status, including supply chain manufacturing, joint ventures, pending acquisitions and co-marketing alliances.

The benefits of a proper compliance program don’t end there. Companies can enjoy decreased corporate insurance premiums. They can gain an edge over non-certified organisations in their industry or niche. As noted before, they can also be armed with acceptable evidence to provide to prosecutors or courts that the company has taken reasonable steps to prevent bribery and corruption.

When it comes to combating bribery and corruption, EMEA governments are quickly falling in line with new legislation and stricter enforcement measures. Many, like the UK, France, and Germany, have already enacted new laws to that end. In the Middle East, UAE has broadened the definitions of what is considered bribery and corruption while also increasing punishments. To navigate these waters, companies should implement compliance programs based on an internationally recognised standard like ISO 37001 ABMS. This will allow them to address the laws on the books and on the horizon in an efficient and practical way, while also increasing their own risk mitigation and improving their own bottom line. There is no reason to wait. Governments have made their move, and companies should quickly and proactively meet their challenge.

CRI Group founded ABAC® (Anti-Bribery and Anti-Corruption) Center of Excellence to help organisations of all types and industries implement ISO 37001. ABAC Center of Excellence has a team of experts around the world that include certified ethics and compliance professionals, financial and corporate investigators, forensic analysts, certified fraud examiners, qualified auditors, and accountants. They are trained and experienced in the implementation of ISO 37001’s key elements, helping clients more effectively prevent bribery and corruption. ABAC Certification is an accredited provider of ISO 37001 ABMS. To learn more, visit ABACGroup.com.

This website stores cookies on your computer.
We use cookies and collect your browsing data to help you get the best experience from our site and allow us to remember you.
Some of our webpages use third-party services or software. These third-party cookies help us enhance your website experience and improve our services by tracking your online activity. We have no direct control over the information that is collected by these cookies.
We use this information in order to improve and customise your browsing experience and for analytics and metrics about our visitors both on this website and other media. To find out more about the cookies we use, see our Privacy Policy.
If you decline, you will not be able to access all website features and it might affect website's functionality and your browsing experience. Even when declined, this website tracks your IP address and might use strictly necessary cookies which is not managed by CRI Group by all means. We suggest changing DNT settings in your browser.
Accept Reject Read More

Any cookies that may not be particularly necessary for the website to function and is used specifically to collect user personal data via analytics, ads, other embedded contents are termed as non-necessary cookies. It is mandatory to procure user consent prior to running these cookies on your website.