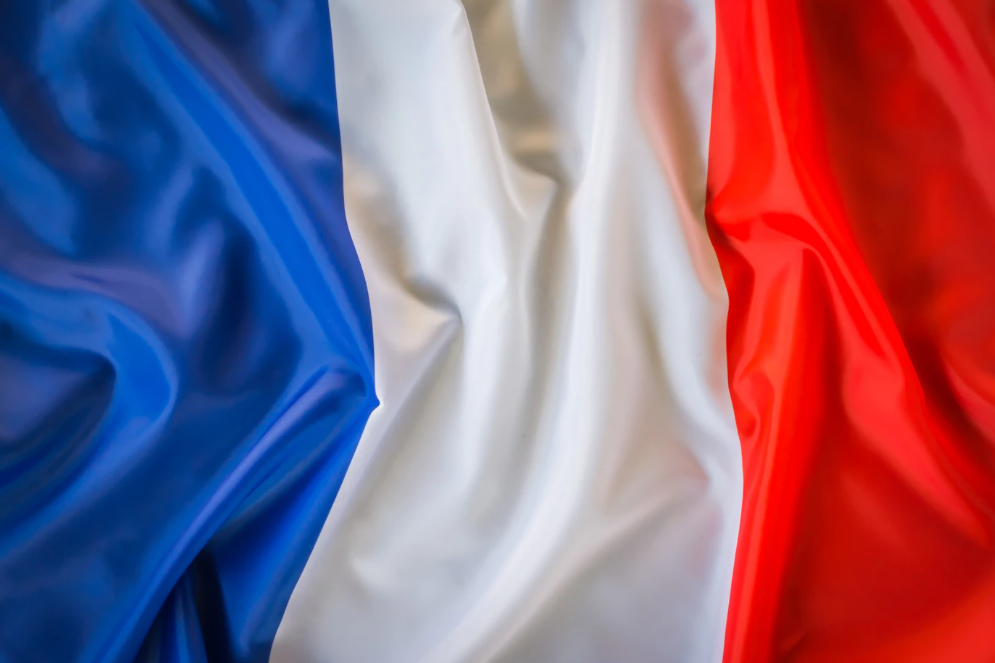 The cost of corruption is more than 5 per cent of global GDP, or $US2.6 trillion, and corporates are now fighting corruption with tools like ISO Certification. The statistics come from the Organisation for Economic Cooperation and Development (OECD), as per a report on unimedliving.com

Anti-Bribery and Anti-Corruption Laws around the world

Governments around the world are responding for a need to enact new legislation to fight corruption. Until the last 20 years or so, most laws and regulations were relatively weak, other than the U.S. Foreign Corrupt Practices Act (FCPA).

Bribery and corruption can cause extreme harm to organisations and economies, causing distrust, financial loss, criminal consequences and loss of reputation. A growing intolerance for corruption and increased outrage at high-profile cases has changed the landscape considerably, resulting in the more recent UK Bribery Act (UKBA) 2010 and other similar stringent laws.

The following are some of the notable anti-bribery anti-corruption laws and regulations around the world:

Sapin II entered into force in France in 2017. The anti-corruption law addresses transparency, anti-corruption and economic modernisation. Sapin II legislated new provisions, such as the requirement that organisations must implement an anti-corruption program to identify and reduce corruption risks.

Under Sapin II, it is illegal to give gratuities such as gifts, donations or rewards if the intent is to gain influence, usually with a public official, to gain an unfair business advantage. Notably, it extends extra-territorial reach for French prosecutors, applying to corruption by French companies overseas and foreign companies with a footprint in France.

According to the Forbes article “Will The Sapin II Anti-Corruption Law Shepherd France Into A New Era Of Transparency?”, “The law is intended as a civil, preventive instrument and has a positive obligation on companies at its core. It does not significantly interfere with existing laws and sentencing guidelines on corruption and ‘traffic d’influence,’ and it doesn’t require a predicate offense to kick in. In short, it looks and feels different from its UK and American counterparts in subtle but important ways.”

The United Nations Convention Against Corruption (UNCAC) is the only legally binding international anti-corruption multilateral treaty. Negotiated by member states of the United Nations (UN) it has been adopted by the UN General Assembly in October 2003 and entered into force in December 2005.

The United Nations Convention against Corruption (UNCAC) entered into force in 2005. According to the United Nations: UNCAC is “the only legally binding universal anti-corruption instrument. The Convention’s far-reaching approach and the mandatory character of many of its provisions make it a unique tool for developing a comprehensive response to a global problem.

“The Convention covers many different forms of corruption, such as bribery, trading in influence, abuse of functions, and various acts of corruption in the private sector. A highlight of the Convention is the inclusion of a specific chapter on asset recovery, aimed at returning assets to their rightful owners, including countries from which they had been taken illicitly. The vast majority of United Nations Member States are parties to the Convention.”

Under the U.K. Bribery Act, an “adequate procedures” defence would be considered during an investigation into a corporate failure to prevent bribery. The act provides commercial organisations with a defence to liability when they can prove and demonstrate that they had proper procedures to prevent persons associated with the organisations from undertaking bribery-related conduct.

Consequently, corporations that are otherwise liable can escape criminal liability from the regulation if they can prove that they had in place “adequate procedures” to avoid the relevant illegal conduct from occurring. This defence is unique because it contends that corporations act in good faith and take proper precautions throughout the organisation to implement adequate compliance procedures and avoid being held criminally accountable for preventing bribery. This defence is significant because there is no such defence under the FCPA (see below) or most other foreign anti-bribery laws.

The 2010 U.K. Ministry of Justice Guidance on the U.K. Bribery Act provides that “commercial organisations [should] consider how to monitor and evaluate the effectiveness of their bribery prevention procedures and adapt them where necessary.

The FCPA entered into force in 1977, primarily for the purpose of making it unlawful for certain classes of persons and entities to make payments to foreign government officials to assist in obtaining or retaining business. The anti-bribery provisions of the FCPA prohibit “the willful use of the mails or any means of instrumentality of interstate commerce corruptly in furtherance of any offer, payment, promise to pay, or authorisation of the payment of money or anything of value to any person, while knowing that all or a portion of such money or thing of value will be offered, given or promised, directly or indirectly, to a foreign official to influence the foreign official in his or her official capacity, induce the foreign official to do or omit to do an act in violation of his or her lawful duty, or to secure any improper advantage in order to assist in obtaining or retaining business for or with, or directing business to, any person,” according to the U.S. Department of Justice.

Amendments to the FCPA in 1998 extended the anti-bribery provisions to “foreign firms and persons who cause, directly or through agents, an act in furtherance of such a corrupt payment to take place within the territory of the United States.”

Malaysia took a strong stance against corruption with the Corporate Liability Provisions of the Malaysian Anti-Corruption Commission (Amendment) Act 2018 (MACC). Section 17A of the MACC Act 2018 enables the prosecution of individuals and organisations accused of corruption.

According to an article in the New Straits Times, under the provisions, an organisation’s “directors, controllers, officers, partners, or managers are deemed to have committed the same offence, which carries a maximum penalty of a fine of not less than 10 times the value of the gratification or RM1 million, whichever is higher, and 20 years’ jail unless the firm is able to prove that it had in place procedures designed to prevent corrupt practices. The provision is modelled after the United Kingdom’s Section 7 of the Bribery Act 2010, which is widely regarded as ‘the toughest anti-corruption legislation in the world.’”

The Prevention of Corruption Act 1960 (PCA) is the primary anti-corruption law in Singapore. Enacted in 1960, the PCA empowers the Corrupt Practices Investigation Bureau (CPIB), and governs and defines corruption and its punishments.

Germany addresses bribery and corruption offenses in its Law on Fighting Corruption, its Criminal Code, and its Administrative Offences Act. The Criminal Code applies to individuals (persons), and the Administrative Offences Act enforces responsibility against companies. Similar to UKBA and Sapin II (France), companies or individuals that commit offences abroad can be prosecuted under German law.

Under Germany’s Criminal Code (Strafgesetzbuch) it is prohibited for a person to offer or accept a bribe – including so-called facilitation payments. Punishments can be severe, including up to 10 years in prison plus fines. Company executives can themselves be held liable if they encouraged the action, or even just knew about it and failed to stop it. The Administrative Offences Act, on the other hand, enforces civil penalties for companies. Companies can be fined up to EUR 10 million for each intentional criminal offense. Negligent criminal offenses are punishable too, with penalties of up to EUR 5 million for each negligent criminal offense. Penalties can be increased to include ill-gotten gains from bribery and corruption.

Under Russia’s Federal Anti-Corruption Law No. 273, Article 13.3, companies operating in the country must put into place anti-corruption programs, with specific, prescribed measures to prevent corruption as detailed in the law. Companies must also adopt procedures for cooperation with law enforcement, adopt an ethical code of conduct for employees, establish policies against conflicts-of-interest, and take other measures. In recent years, Russia has increased enforcement against bribery offences, and has strengthened legislation to be more in line with other European anti-corruption laws as well as the FCPA (USA).

China announced a war on corruption in recent years, and launched investigations and enforcement actions pursuant to that campaign. Most anti-corruption provisions are found in China’s Anti-Unfair Competition Law of the People’s Republic of China (PRC) and the Criminal Law of the PRC.

Under the Anti-Unfair Competition Law of the PRC commercial bribery is prohibited and punishable by fines and sanctions, which can elevate to criminal investigations. Under the Criminal Law of the PRC, it is prohibited to give money or property to obtain an undue benefit. Penalties can be very severe, including the death penalty, for extreme cases. Government and business leaders in past, high-profile cases have suffered this fate. More common punishments include fines and imprisonment.

The Canadian Corruption of Foreign Public Officials Act (CFPOA) came into force in 1999, fulfilling its obligations under the UN Convention against Corruption. The CFPOA covers “Every person commits an offence who, in order to obtain or retain an advantage in the course of business, directly or indirectly gives, offers or agrees to give or offer a loan, reward, advantage or benefit of any kind to a foreign public official or to any person for the benefit of a foreign public official as consideration for an act or omission by the official in connection with the performance of the official’s duties or functions” or “to induce the official to use his or her position to influence any acts or decisions of the foreign state or public international organisation for which the official performs duties or functions.”

The African Union Convention on Preventing and Combating Corruption

The African Union Convention on Preventing and Combating Corruption came into force in 2006. The convention criminalises bribery, both in domestic and foreign cases, along with “trading in influence,” money laundering and offences. It was conceived to address bribery and corruption across the whole of the African continent, creating a consensus on preventing and punishing illicit acts described in the convention. By adopting the convention, the signatories are required to open investigations and prosecute corruption to further international cooperation and promote asset recovery.

The Brazilian Anti-Corruption Law prohibits companies (acting through directors, officers, employees or through external companies or individuals) from offering or giving an unjust advantage to a domestic or foreign public official or to a related third party, or from financing or subsidising such conduct, according to acc.com

It also forbids certain practices that jeopardise the competitive character of public bids or that affect the issuance of public contracts. The prohibited conduct is very broad and includes not only the actual payment or provision of any undue advantage to any public official or third party, but also the acts of offering, promising, sponsoring or otherwise supporting such activity.

How ISO Certification can help

No matter where your organisation conducts business around the world, you are likely under the jurisdiction of one or more of the above pieces of legislation, or others. The possibility of fines, imprisonment, or worse (such as in China) should motivate every business leader to enact compliance measures and stay within the letter of the law when it comes to bribery and compliance.

Visit the ISO 37001 Certification page and learn more about how your organisation can benefit from ABAC’s ISO Certification today.

Find out more about ABAC®!

GET A FREE QUOTE